Our son Russell was a bit of a trend setter at his Montessori School. During the winter months he didn’t want to stop wearing his favorite short-sleeved tee shirts so he simply layered them over turtlenecks or long-sleeved tops. More than one mother came up to me came up on the playground during pick up time to moan about how their kid insisted on dressing just like Russell (which given the winters in New England seemed like a good thing so I was unclear what all the moaning was all about). Then there was a “unicorn horn” phase, which is where he made a ponytail from his bangs and give this tuft of hair the illusion of being more horn-like he gloped on copious amounts of hair gel (there were not too many copy cats for that trend). He really knew how to rock the mix and match look as you can see below, I’m sure you’ll agree the dinosaur tie is an inspired addition. My son’s personal style was unique and a perfect reflection of who he was. Sometimes I wished I was as self-assured as he was when it came to wearing clothes. 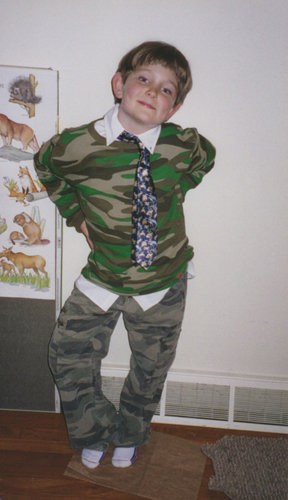 My Mom likes to tell me I too had some trendy moments in my youth, though they were more focused on food. Thinking back it seems totally logical. Julia Child had opened culinary doors in the 1960s so that by the time I was a teenager, busily taking every home ec course offered at my high school, all sorts of foods were starting to appear in restaurants, cookbooks, some of the more upscale grocery stores, and on TV. Looking back I realize I wasn’t a trend setter like Russell, but rather a trend spotter. Which makes complete sense since my hyper focus on food and cooking allowed me to know when something new, exciting or different was happening. One of the advantages of middle age is that, much like a five-year-old, you really don’t have to give two figs for what other people think, which leaves you wide open to follow your own path – starting a trend, finding one to follow, or merrily pursuing your own non-trendy path. Your choice. 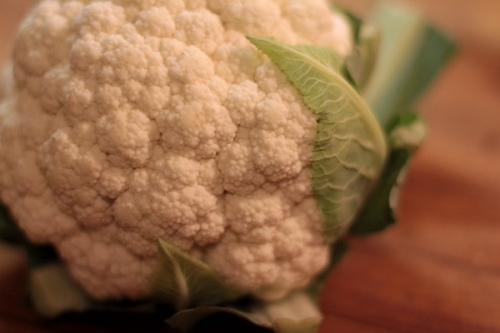 Though I have practically no interest in current food trends, it doesn’t mean I don’t pay attention to what they are. In case you were wondering cauliflower is the trendy vegetable of 2017 (bye-bye kale and brussel sprouts). END_OF_DOCUMENT_TOKEN_TO_BE_REPLACED