The other morning my son Russell came hoping out of his room on one foot, grimacing with pain. He had a killer charlie horse and it wouldn’t go away. Bananas I thought. Potassium. Should I be giving him something with electrolytes? My not-quite-awake brain was trying to remember all the kitchen remedies I could come up with while making lunches, letting the dog out, and serving breakfast.

“I think you should massage it.” I yelled as he hopped back to his room. His sister peeked out of her bedroom and snickered. Watching someone who is nearly 6′ 3″ hop along a hallway with one leg curled up underneath them is somewhat comical. But there is absolutely nothing funny about charlie horses. 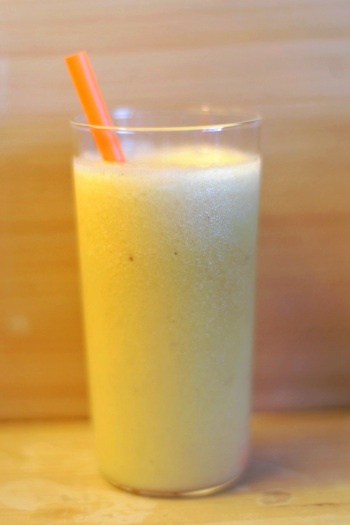 When your muscles are trapped in the incessant grip of a muscle spasm it is all you can do to breathe, let alone hop. I know when I’ve had a charlie horse the thought of touching my skin while it feels like ten inch chefs knives are being thrust into my muscles is nearly impossible. Sometimes I can breathe through a charlie horse. Other times I just whimper. Russell was rather stoic, but clearly in pain.

I thrust a banana into his hand and did a quick internet search. The New York Times had a great article which I quickly skimmed. Sure enough their remedy suggestions included hydration, potassium, and calcium. If you are exercising when a charlie horse starts you’re supposed to stop, however in Russell’s case he had just been sleeping (which most 15-year-olds seem to do a lot of). Was hopping considered an exercise if he did it on his non-charlie-horse leg? I scrambled to finish the morning routine since there was a bus to catch. After the banana I handed him a glass of calcium enriched orange juice. It was the best I could do and still finish their lunches. 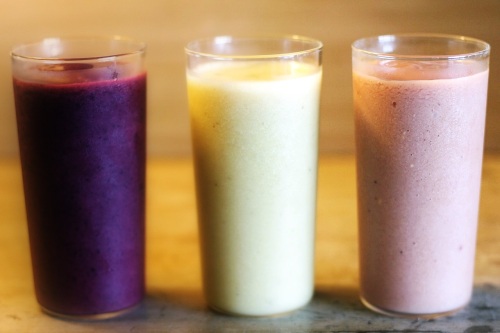 As Shawn drove them to the bus stop I had my light bulb moment – banana fruit smoothies. Years ago I’d written an article about fruit smoothies for a magazine and realized they didn’t need to have ice cream or frozen yogurt to give them that smooth creamy texture. The secret was frozen bananas. Bananas have a fairly neutral taste, replicate ice cream’s texture when blended from frozen chunks, and are something my freezer is full of. I can’t abide a banana with spots. Once it has spots it is only good for baking or making smoothies with. What can I say? My mother’s business partner would only eat the brownest, spottiest bananas she could find. We should have been banana roommates since we were on opposite ends of the banana spectrum. Since we don’t share a kitchen I have a freezer full of frozen bananas.

For the magazine article I came up with “recipes” but really it goes like this: a handful or two of frozen sliced bananas, fruit juice, some berries or soft fruit to jazz it up. That’s it. You can play around with combinations but it is hard to go wrong. No ice. No sorbet. No ice cream or frozen yogurt. As Jamie Oliver says, “Easy Peasy”.

Here is the main trick – peel your bananas before freezing them. 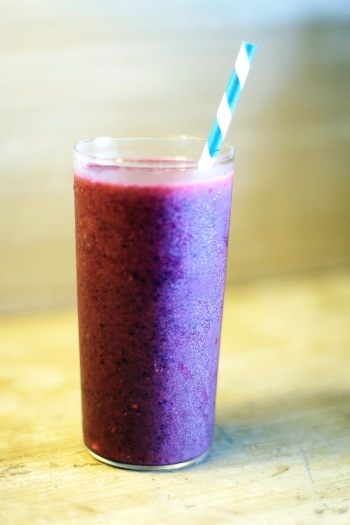 Place the fruit and juice in a blender set on ice crush. Blend until very smooth and no big chunks are left. Normally I use all frozen fruit. You could use fresh fruit for the “other” fruit if you wanted, but remember the frozen fruit helps take the place of ice cream.

I haven’t given strict amounts since you may want your smoothie very thick, or thinner. Some fruit may require more juice to help liquefy it. The idea is to play around.

Here are a few different combinations we enjoy (though really we work with whatever is in the freezer besides bananas).

What are some of your favorite smoothie combinations?

Update 6/6/13 I’ve had several recommendations on preventing charlie horses since I wrote this post, including one from our friend Molly who is a homeopath. Magnesium supplements were a suggestion I heard several times. We tried this one and found it worked pretty well. Again I am not a doctor so this is not medical advise – just what’s worked for us.

2 responses to “Crushing a Cramp”