Every time I opened the fridge last week there it was, staring at me and silently saying in a sing-song voice, “My sell-by date is coming up. You’d better do something with me…” I know what you’re thinking, you think I was hearing things, that this was all in my head. Nope, it really was taunting me from the top shelf – a partially used, industrial-sized bucket of cottage cheese. 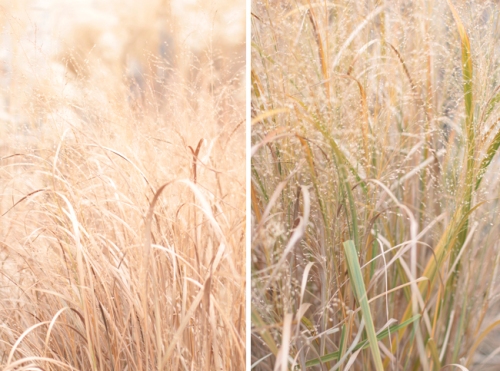 If you’ve stopped by this blog lately you know that Shawn and I hosted a coffee hour at our church a few weeks ago. I went a wee bit overboard making tons of food, which of course tired me out, and the food fatigue led to some whining on my part (and a fair amount of resting on the couch), but I’m going to stop now because it also led me back into the kitchen and gave me a handful of recipes to share with the people who stop by this blog (as well as my knitting group, and the Altar Guild, and the neighbors). I promise to try to pace myself better next time. Let’s just say it has been awhile since I’ve cooked for 100.

So, back to the talking cottage cheese. I knew when I bought it I wouldn’t use it all, but honestly buying the five-pound bucket at Restaurant Depot was cheaper than buying just the right amount of normal-sized containers of cottage cheese at my local grocery store. However all those years of cooking in restaurants had trained me not to waste food, so I couldn’t bring myself to throw it out. Instead I dug into my recipe box and found Mary Massad’s recipe for Cottage Cheese Dilly Bread. I wanted to really notch up the subtle flavors of scallion and dill so I used five times what the recipe called for, and it turned out that super-sizing the flavoring agents was a very good idea! 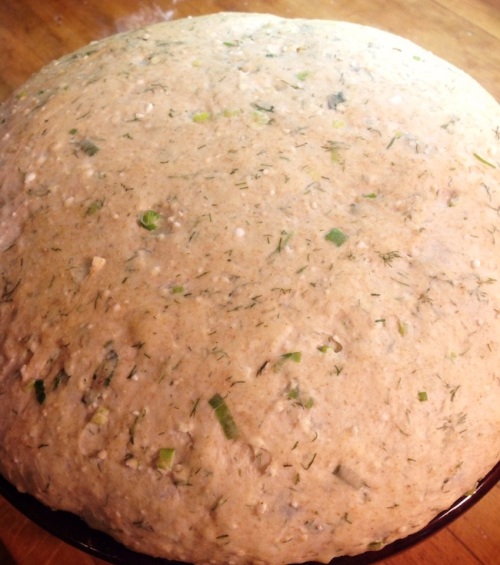